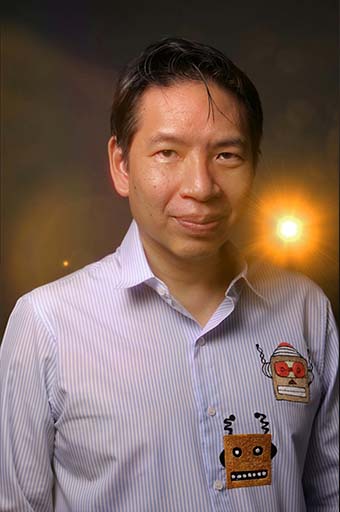 Galen Yeo is the CEO and Creative Director of The Moving Visuals Co. His diverse credits include award-winning factual and entertainment content for leading Asian and International broadcasters including Discovery, History Channel, National Geographic, NHK, Disney and Mediacorp.

Among his career highlights, Galen produced, shot and co-directed Junkie Monastery, the first Singapore production to be awarded at the prestigious Banff World Media Festival. The documentary captured the journey of a serial heroin addict and smuggler from the UK to the world’s toughest rehab in Thailand. The documentary was given a SHIFT Award honouring shows that help humanity; the Best Social Awareness programme at the 2012 Asian Television Awards, along with 3 other commendations. Other accolades include Vintage Hunter: Shanghai – a Lifestyle Finalist at the 2015 Banff World Media Festival.

In 2016, Galen conceptualized and produced Facing Dementia – a landmark 5-part series that explored one of the world’s most misunderstood medical and social conditions. This part observational documentary series tracked case studies with dementia and featured leading international experts on the subject. This was one of the highest rated shows on Channel NewsAsia, and Galen continues to be active in promoting awareness on this subject.

Galen continues to be active in developing the TV and media industry in Asia, contributing white papers and views on the industry to government and press organisations. He has judged for the International Emmy & Digital Emmy Awards; the Banff World Media Festival and Apollo Awards. He has also spoken at various events including the SXSW Festival; Tokyo Docs & Asian Festival of Children’s Content (AFCC). He is also a member of the International Academy of Television Arts and Sciences and AIPRO (Association of Independent Producers Singapore).