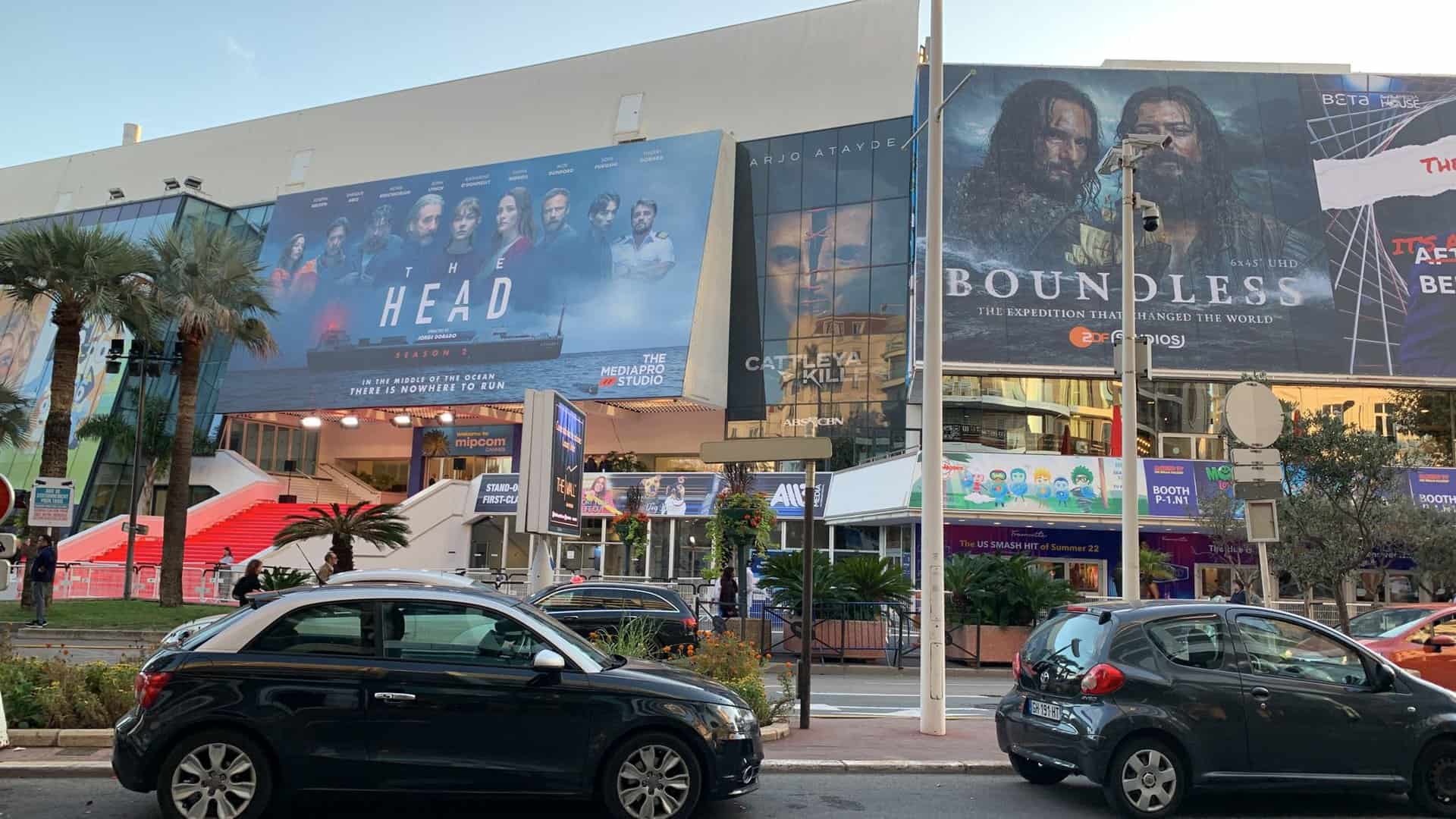 The Moving Visuals Co. is at MIPCOM in Cannes this week. Our MD Khim Loh, also the President of the Assn of Independent Producers (AIPRO), is quoted here: “The milestone event has been a stronghold in connecting international players with Singaporean talents and MIPCOM 2022 has once again demonstrated its strengths in creating additional opportunities and partnerships for media companies and creators in Singapore.”
Read more here:
https://www.asiaone.com/business/singapore-content-celebrated-mipcom-2022-first-look-highly-anticipated-upcoming-regional 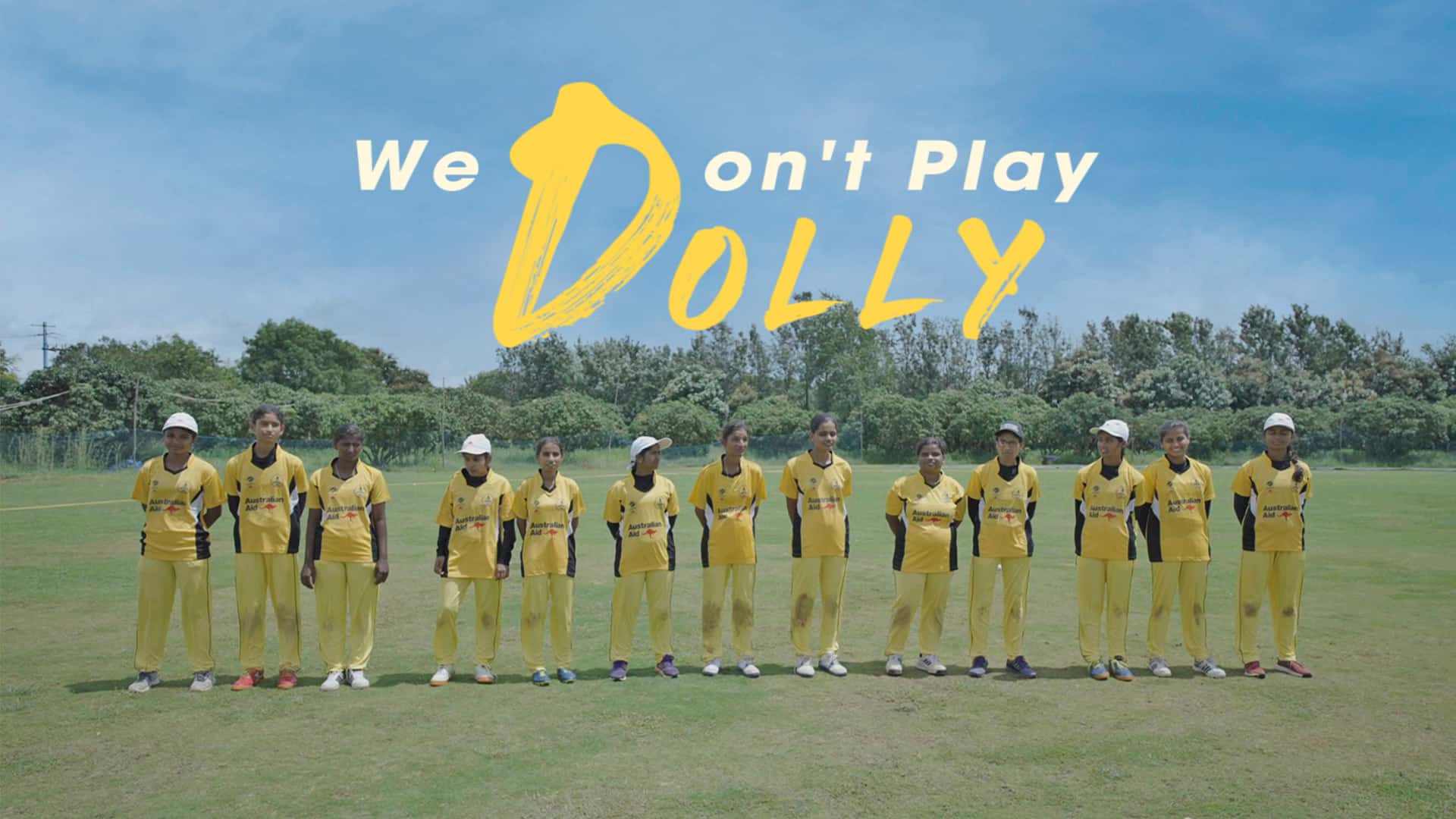 Singapore, 22 Sept 2022 – WE DON’T PLAY DOLLY has been nominated as a finalist at the MIPCOM CANNES Diversify TV Awards in the Representation of Disability – Non Scripted category.

Produced by The Moving Visuals Co. in Singapore, WE DON’T PLAY DOLLY takes viewers through the emotional and uplifting journey of Indian women who are fighting to find their place in the brave new world of blind cricket. A story of hope and perseverance, the documentary follows women in Karnataka who’ve had to defy the odds their entire lives and their bid for national recognition. (A ‘Dolly’ refers to an easy catch in cricket, and was once used to belittle how women played the game.)

The world’s biggest TV and entertainment market, MIPCOM is held every October in Cannes and gathers the world’s most influential industry players, including international TV studios, distributors, and production companies.

Dedicated to championing and promoting diversity and inclusion in all its forms across the international television industry, the Diversify TV Awards recognize standout programming that challenges stereotypes and embraces excellent representation.

The Awards Ceremony will take place during MIPCOM on Wednesday 19 October 2022.

In 2019, an obscure team from Karnataka became runners-up in India’s first-ever Blind Cricket National finals for Women. Now it’s time for them to face their rival again. Can they avenge their loss?

Amid the pandemic however, Team Karnataka has found it impossible to train for nearly two years. Under their determined coach Shika Shetty, the girls have no choice but to get into shape.

Witness Team Karnataka’s extraordinary journey of hope and perseverance, told through a team of aspiring visually impaired women who had to defy the odds throughout their entire lives, and still are today.  Their message to the world is:  We Don’t Play Dolly!
.

This 2-part documentary was commissioned by CNA and is currently streaming on CNA and YouTube.

The Moving Visuals Co. is one of Asia’s leading content creators. Founded in 1998 in Singapore, we create compelling content for TV and other media platforms. We specialise in factual entertainment in English, Chinese and Malay; Branded content for local and international markets.  Our shows have been produced and screened in over 175 cities and countries around the world. 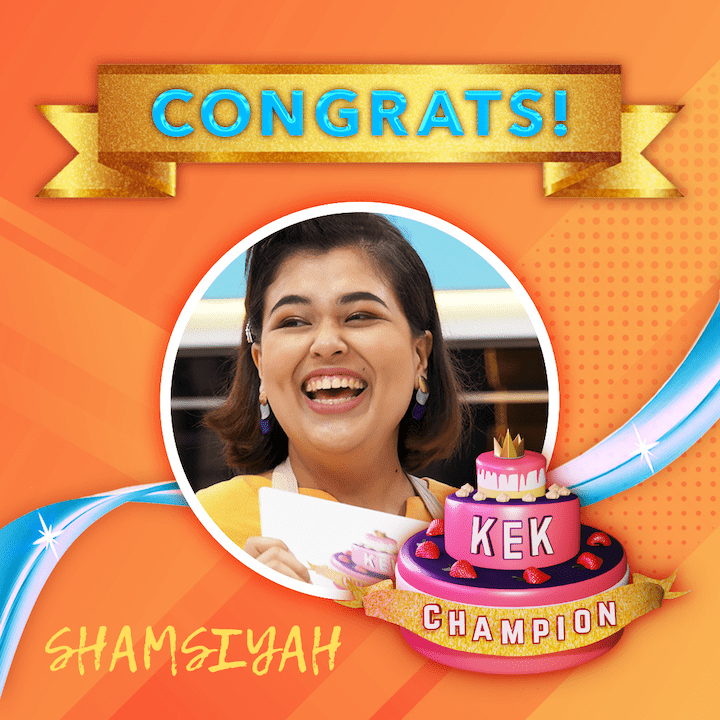 Congrats to our KEK CHAMPION 3 Winners!

A huge shoutout to SHAMSIYAH, our newly-crowned KEK CHAMPION!
. 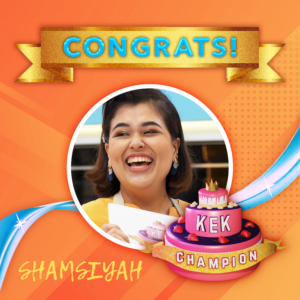 .
The challenges were tough, but she baked her way to the $10k Grand Prize!
.
This 29 year-old corporate caterer Shamsiyah’s specialty lies in making fondant – the secret behind her beautifully sculpted cakes! Over ten weeks, our top baker wowed the judges and stole the show with her skills and talent.
.
CONGRATS too to finalists Munirah and Kurt for their hard work and dedication!  And a HUGE THANKS to our judges, contestants and our sponsors KitchenAid, Whirlpool & Bake With Yen!
.
Catch KEK CHAMPION 3 on meWATCH.
. 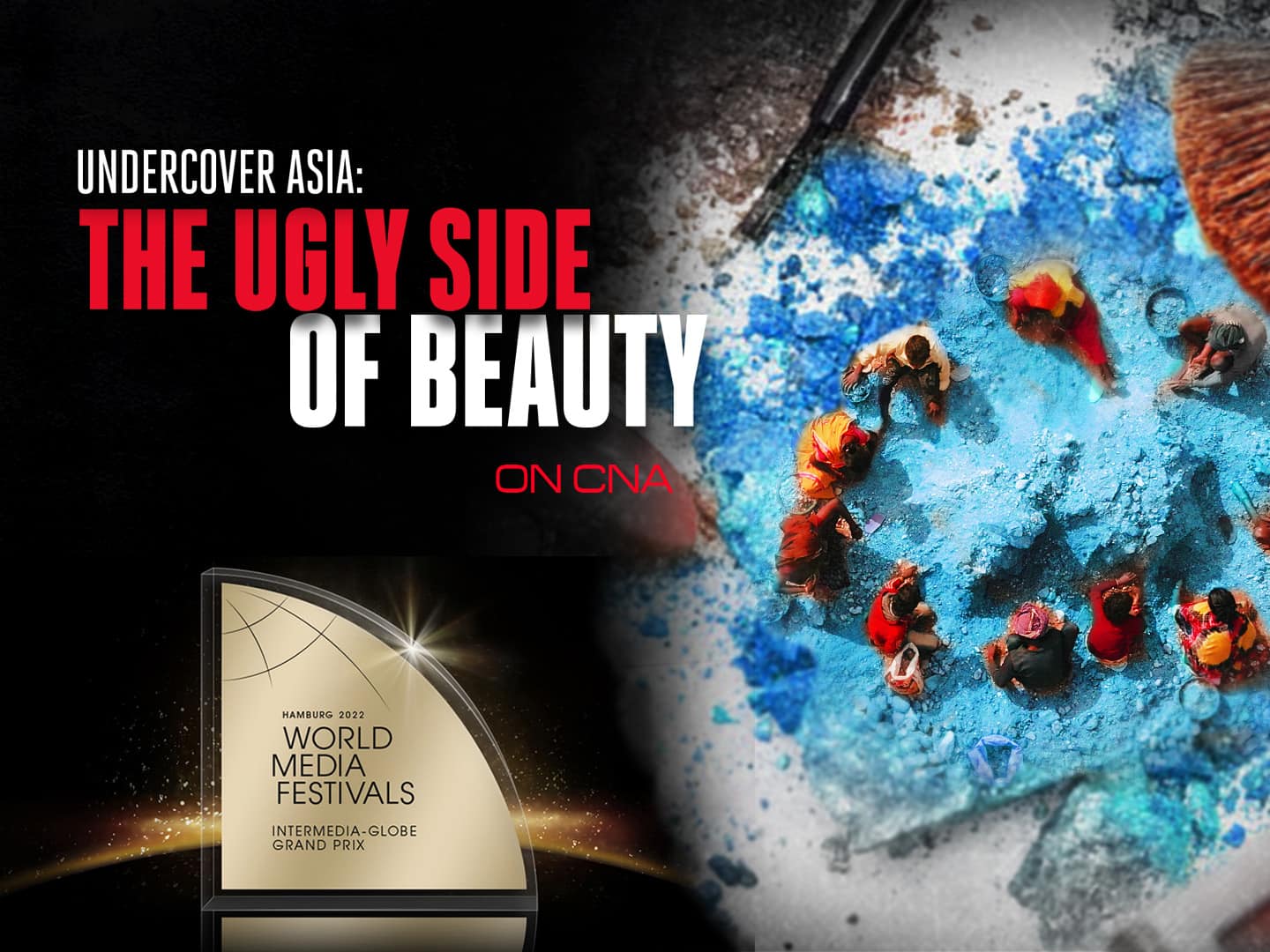 The Ugly Side of Beauty Wins Gold! 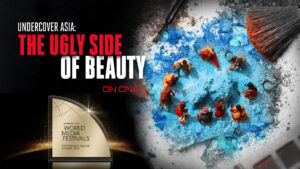 .
The Ugly Side of Beauty has won a TV intermedia-globe Gold @ the 2022 World Media Festivals!  The event honours excellence in TV & Corporate media and awarded us in the Human Concerns Documentaries category.  Thank you to Mediacorp, the Judges and our Teams that made this possible!
.
The documentary is currently streaming on CNA, YouTube and Netflix (in certain territories). 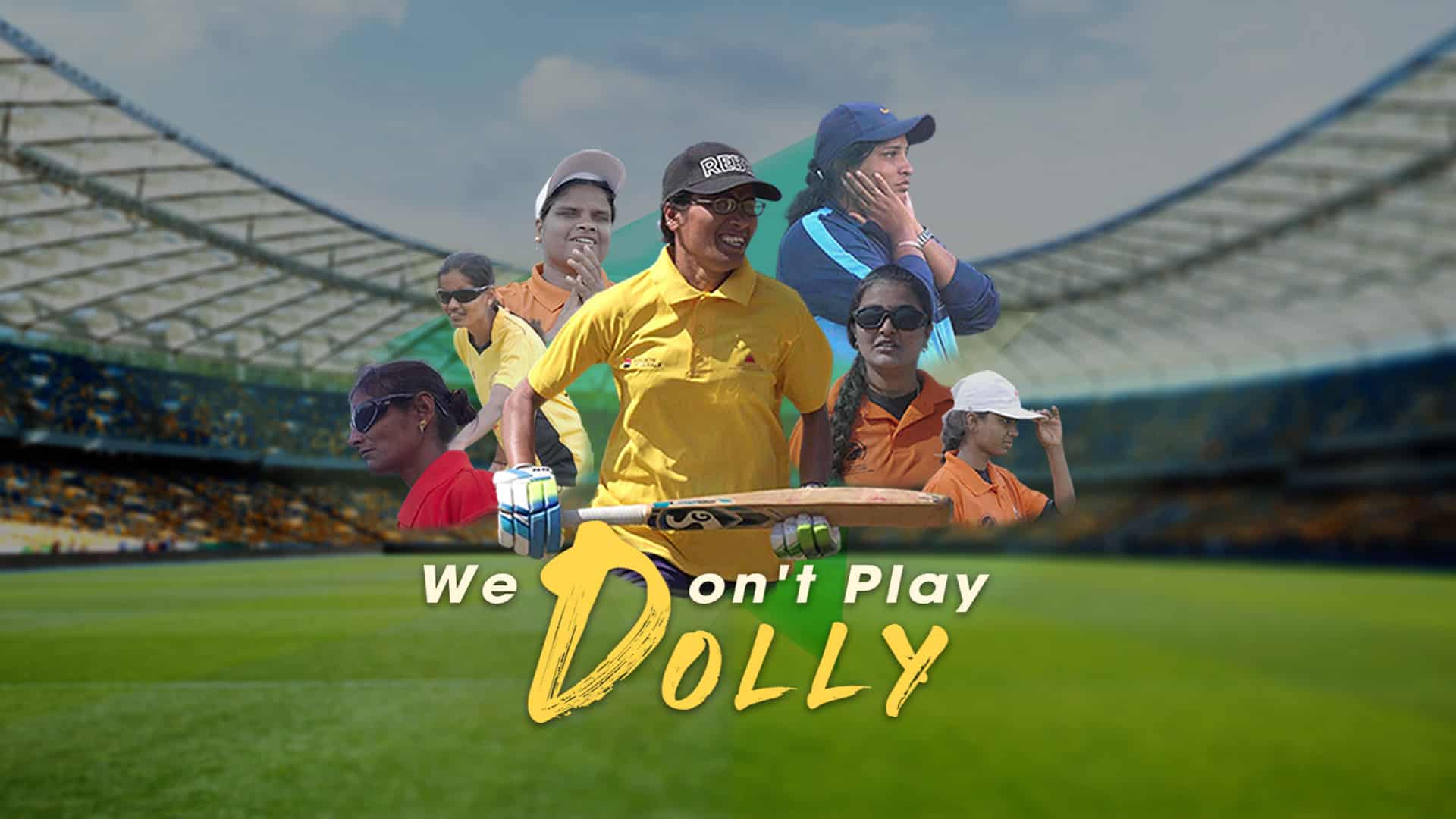 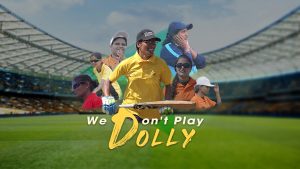 WE DON’T PLAY DOLLY is the emotional and uplifting journey of blind women who are fighting to find their place in the world of cricket.
.
Explore the brave new world of blind cricket with Team Karnataka, one of India’s top women’s teams. Amid the pandemic, the team has found it tough to play or train. But no matter what, they’re not going to let anything hold them back.
.
Produced with an Audio Description version.
.
Read more about WE DON’T PLAY DOLLY here.
.
The two-part series premieres on 1st March 2022 on CNA at 9pm SGT / 6.30pm IST, and can also be viewed on demand here.
.
Part 2 airs on 8 March 2022, 9pm SGT / 6.30pm IST.