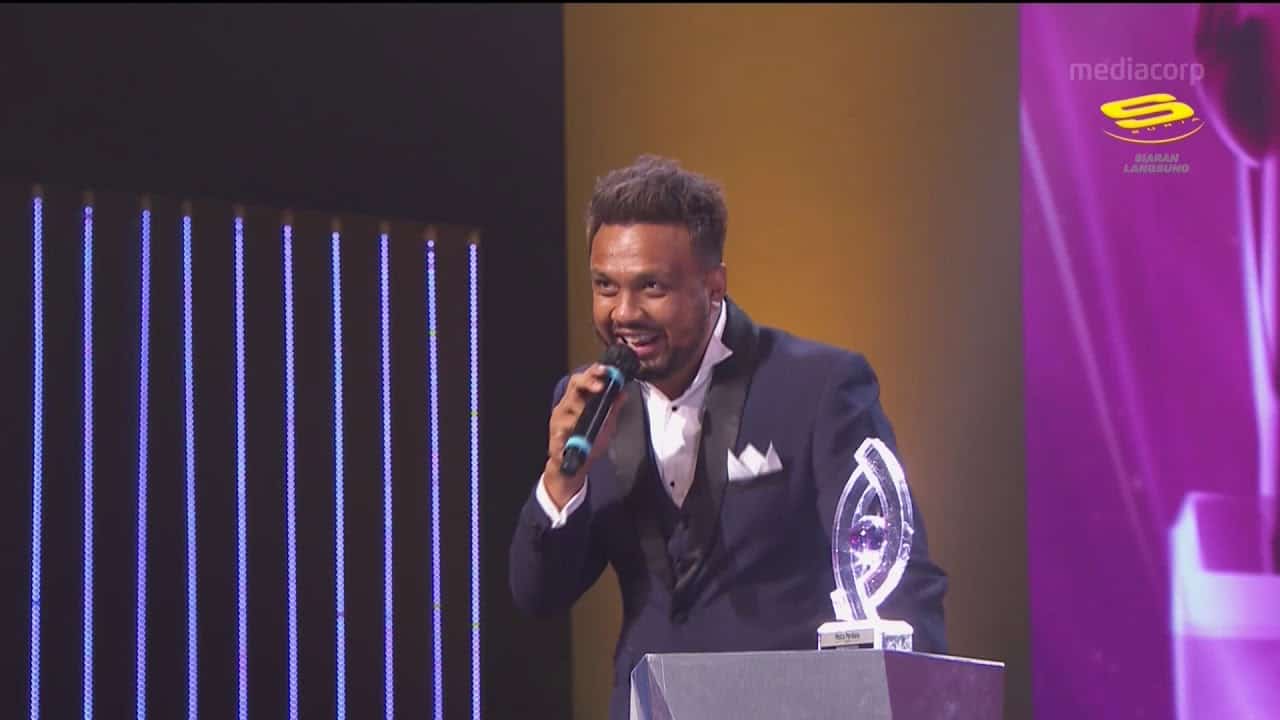 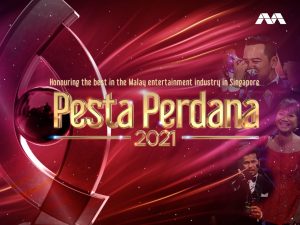 KEK CHAMPION was awarded the Most Popular Programme at Mediacorp Suria’s prestigious Pesta Perdana, the biennial awards that honours the very best in Singapore’s Malay television.

It was the first win in this category for The Moving Visuals Co.  The show’s Huda Ali also scored a nomination for Best Entertainment Host.    A big thank you to everyone who worked on the show including Suria, IMDA, our team, hosts, judges, participants, and sponsors – Ariston, KitchenAid and Whirlpool. 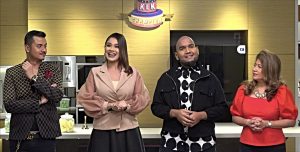 KEK CHAMPION is a reality baking competition where 12 of Singapore’s most talented home bakers battle it out in our signature baking studio.  Who will be the ultimate winner? Each week, our hosts, Huda Ali and Chef Bob, hand the bakers two challenges to showcase their strengths: a Surprise Challenge and a Masterpiece Challenge.  They are judged by Singapore’s baking sweetheart Chef Zan and Malaysia’s celebrated celebrity chef Dato Fazley Yaacob. 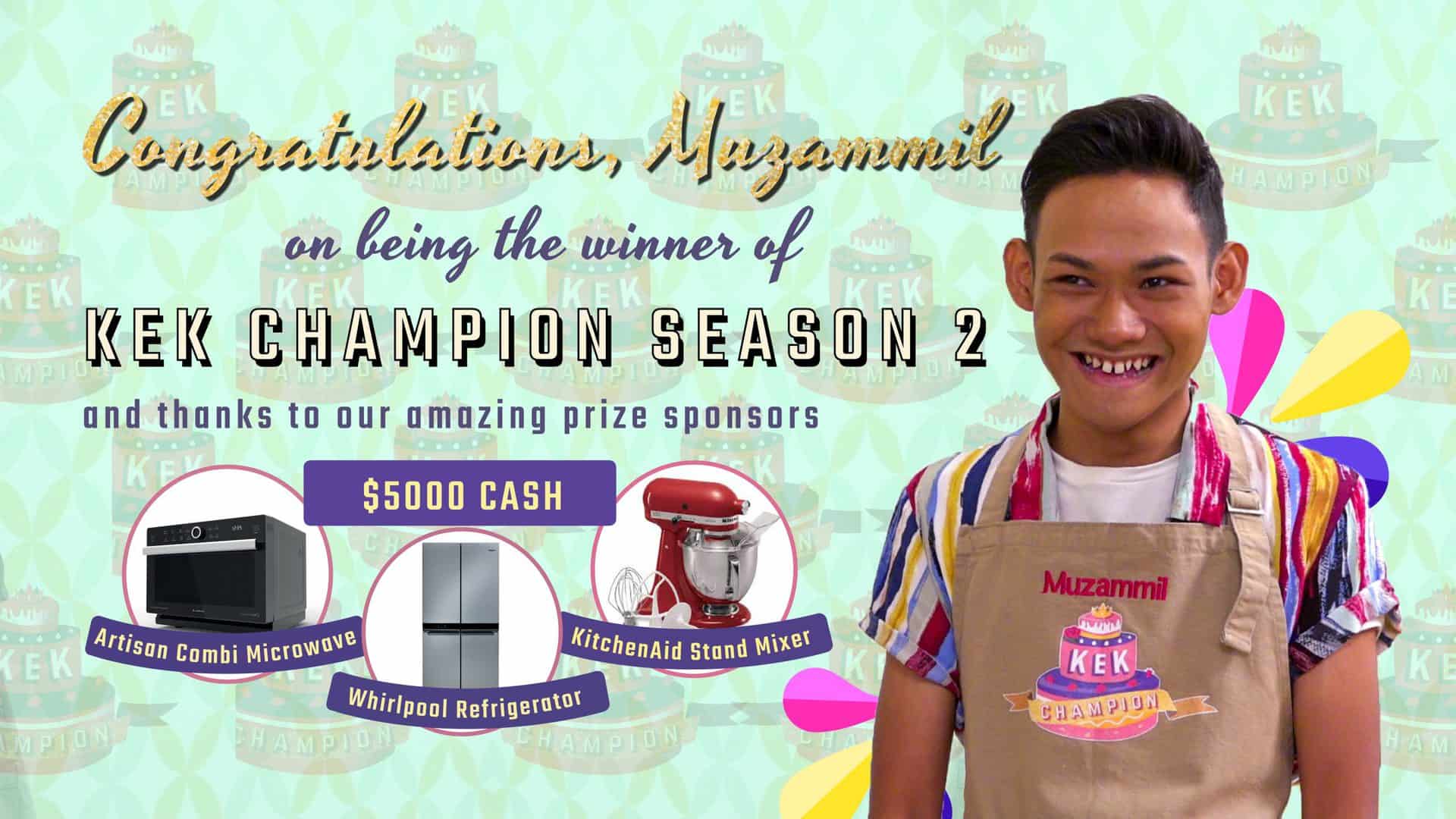 Congrats to our Kek Champion 2 Winners

Md. Muzammil Bin Sulaiman is the new KEK CHAMPION! Over ten weeks, our 21 year old National Serviceman fought off tough and tasty competition from a field of baking talents.

This season was also the highest rated show on Mediacorp Suria so far in 2020.

Thanks again to our judges, contestants and our super sponsors KITCHENAID, WHIRLPOOL & ARISTON for their fabulous prizes! 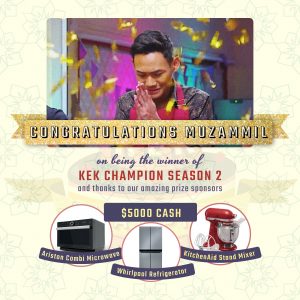 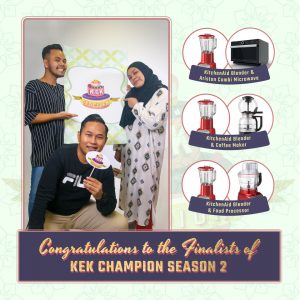 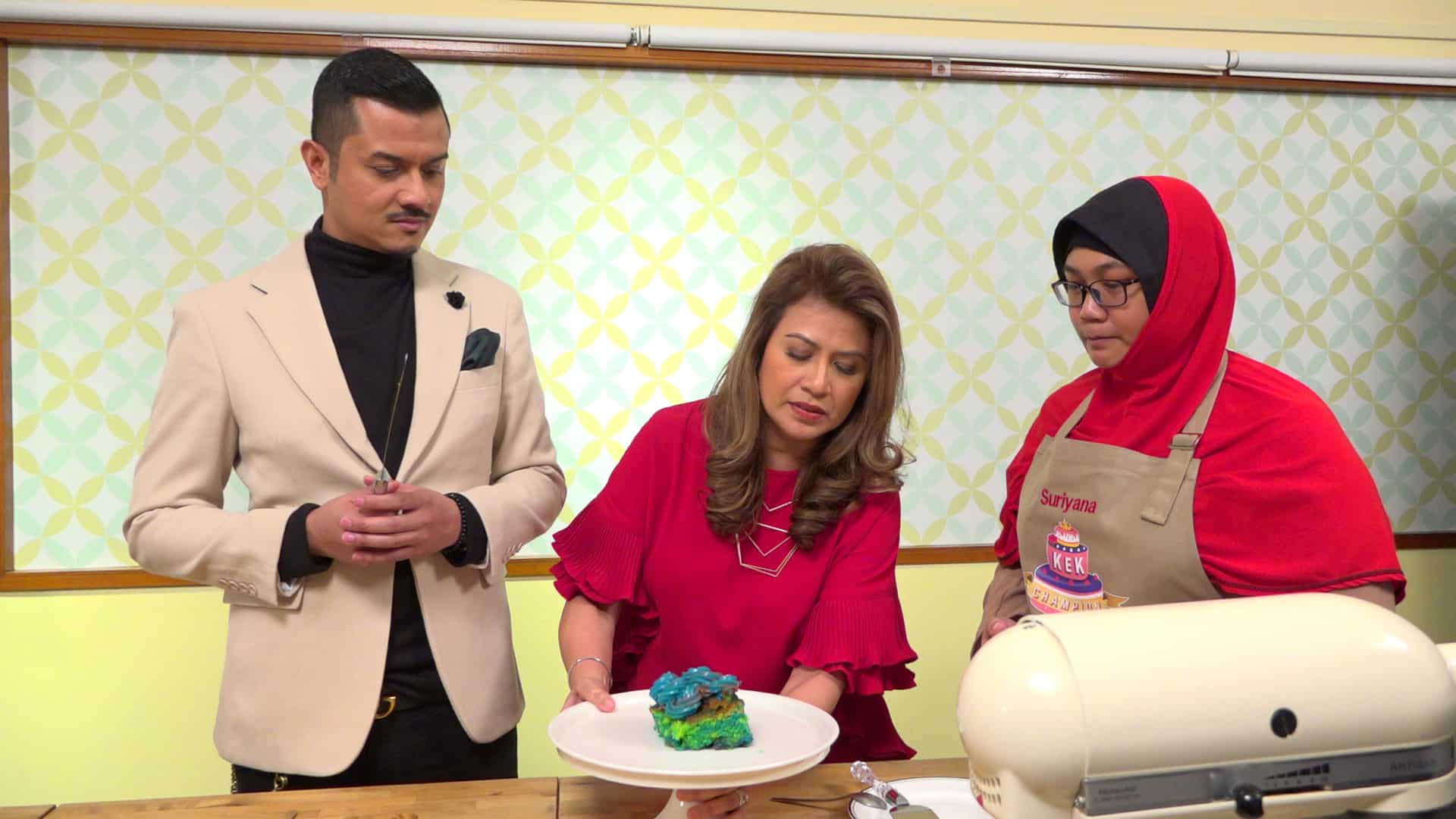 Our beloved baking series KEK CHAMPION is back!  Watch 12 home-bakers battle, bake and serve up their best Kek creations!

Join the action with hosts Huda Ali and Chef Bob every Tuesdays from 8.30 pm on Mediacorp SURIA!  Catch-up on meWATCH. 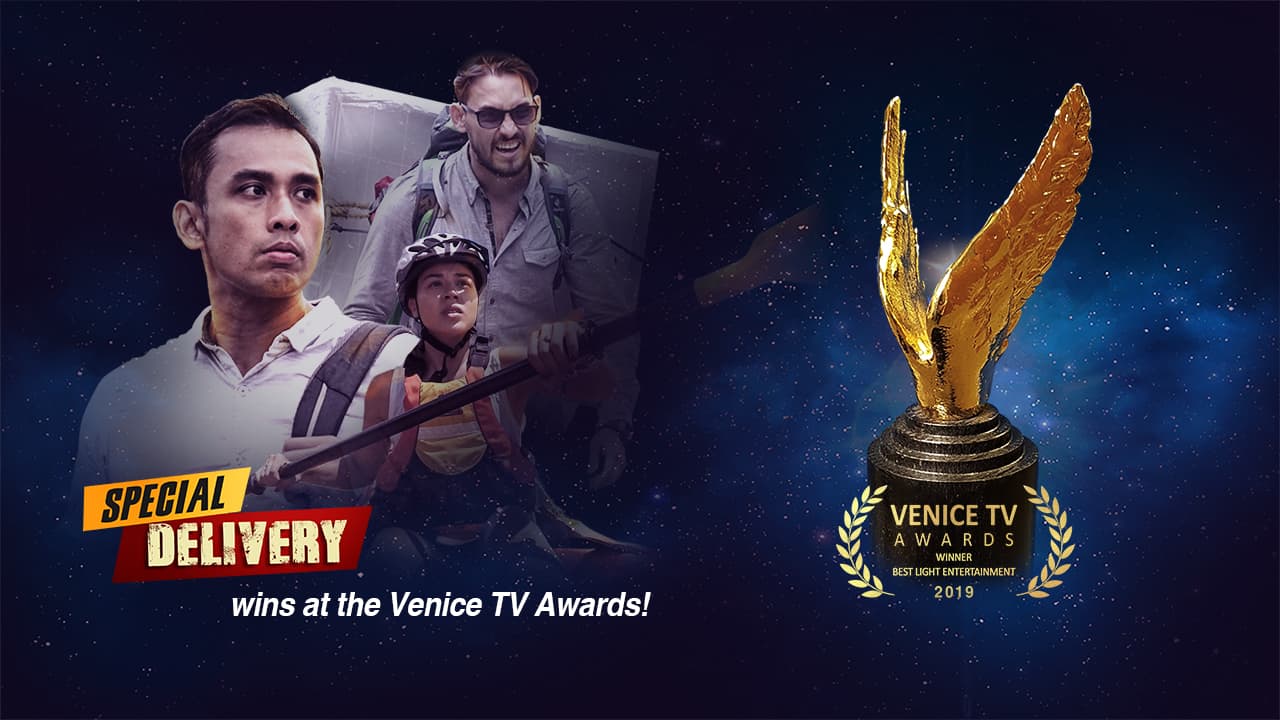 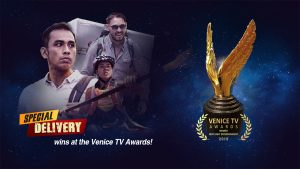 The winning field included entries from: HBO, Sky Atlantic, Al Jazeera, France TV, Canal + and 28 countries from around the globe.

Congratulations to the team – and a big thanks to everyone who made this meaningful project possible.  Our thanks also go to Mediacorp 5 (Broadcaster) and the IMDA (Infocomm Media Development Authority) Singapore for their support.  And of course, the jurors at the awards.

Special Delivery was previously honoured as a nominee in the 2019 Banff World Media Awards in Canada. 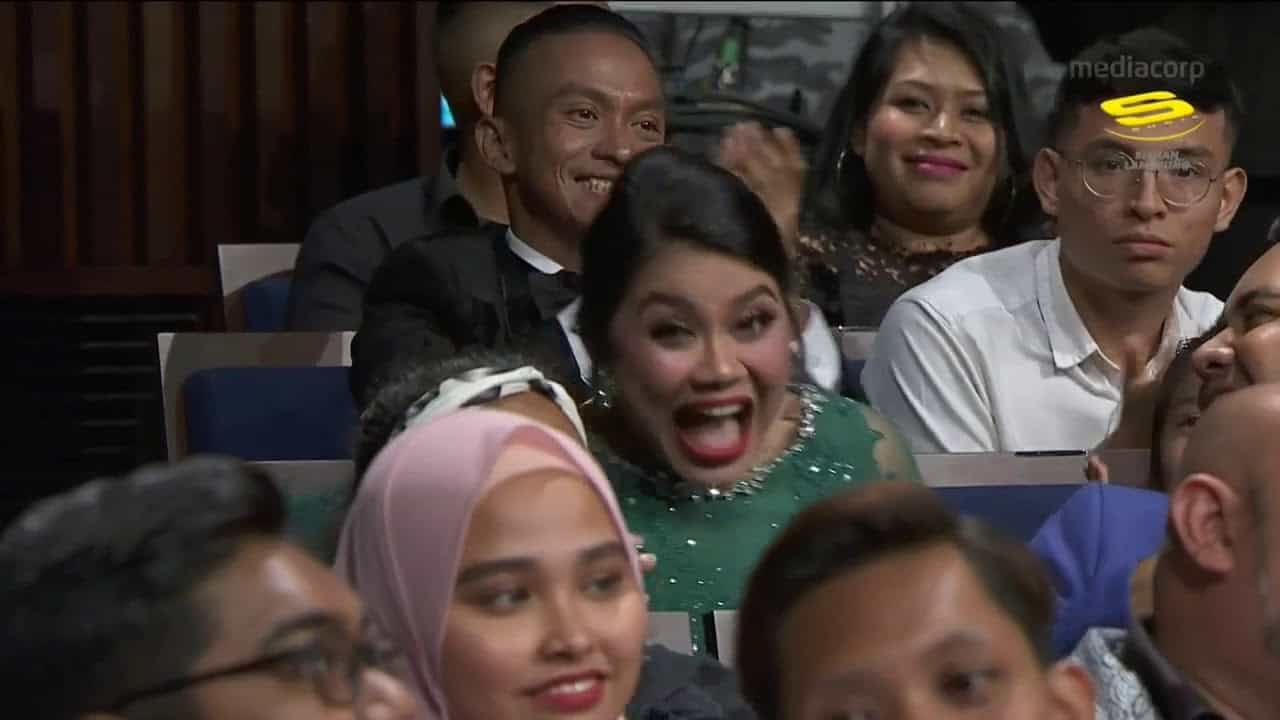 It’s been a fruitful awards season for our TMVC team: 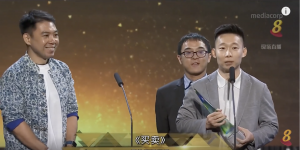 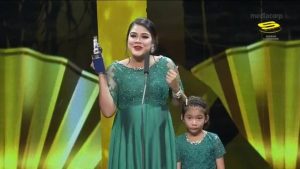 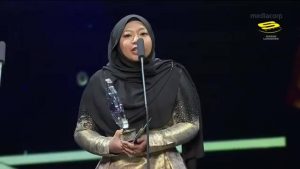 Congratulations to all the teams!